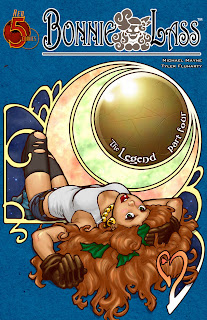 It's finally here, folks! The conclusive chapter to Bonnie Lass: The Legend! Check it out on ComiXology or iVerse!

Hope everyone's enjoyed the ride! Let us know what you think over at Facebook page—you can leave a review, start a discussion, or just leave a quick comment. We'd love to hear from ya!

Who knows what's in store for Bonnie now!
I can at least presume she'll at least make the effort to buy a proper captain's coat... 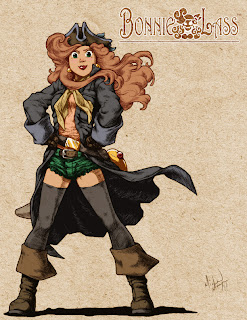 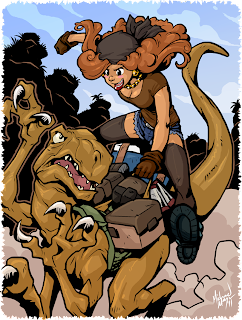 Been getting used to Manga Studio in the past week or so. Allows me to draw a whole lot more efficiently on the computer. Saves paper, and I think it's saving a bit of time as well.

Anywho, here's another bench test of the software. All the inking/blacks were done in Manga Studio, along with the flat colors. Took it into Photoshop for some color correction and the shading/highlighting.

Wanted to do some Atomic Robo fanart while I was at it, and figured Dr. Dinosaur (with his self-proclaimed yet shoddy origin story) was the best candidate for the crossover.
This isn't anything official for Red 5—nothing like that. Just some fun fanart of Team Robo's work!
Posted by Michael Mayne at 11:38 AM No comments: